“Revenant” is a fictitious figure that appears in “Apex Legends” as a playable Legend. “Synthetic Nightmare” is his nickname. 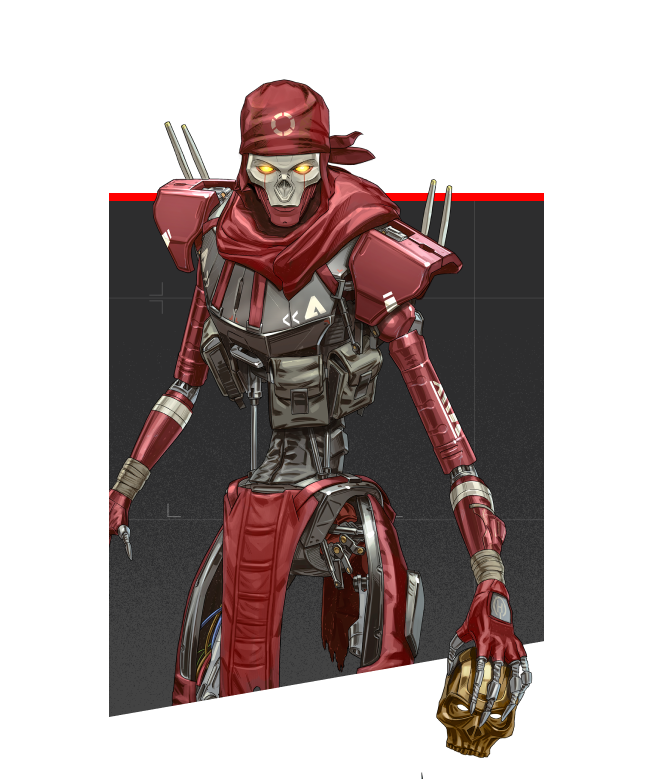 Revenant is an animating corpse who is said to have risen from the dead to torment the living in mythology. The term revenant comes from the Old French word revenant, which means “to return” (see also the related French verb revenir, meaning “to come back”).

Revenant was the best hitman the Mercenary Syndicate had ever had while he was human. When Hammond Robotics transferred his consciousness to the robotic murdering machine he became, he was completely oblivious. When his programming failed, however, Revenant vowed to destroy those who had turned him into the horror he had become.

Revenant’s desire for vengeance was reignited when Hammond Robotics reappeared in the Apex Games. Shortly before entering the Games, he murdered the Hammond Robotics-sponsored Legend, Forge.

Except for the fact that he comes from Solace, nothing is known about Revenant’s upbringing.

He got employment as a hitman for the Mercenary Syndicate later in his career. In this shady line of business, he had a natural aptitude. He quickly rose to the top of the syndicate’s list when it came to assassinating someone in the Outlands.

Soon after the experiment was completed in 2420, his mind was digitised and transferred to a simulacrum chassis. It’s unclear why he got enrolled in the study in the first place. His memory was erased, and further procedures were developed to conceal his new identity from his simulacrum intellect. The Syndicate took full advantage of his current predicament, using his talents as a hitman to advance their goals for years to come. Every time he suffered severe damage during a mission, Hammond Robotics repaired him and gave him a new chassis, followed by a memory wipe.

Marcos Andrade was the subject of a Revenant contract in 2708. During the operation, he sustained damage to his chassis, which, when coupled with almost three centuries of data loss and corruption due to numerous transfers, caused his programming to fail. To guarantee that his abilities are unaffected, his programming was designed to mimic his human emotions and thinking. He was severely distressed by the abrupt exposure to all of his repressed memories of all of his hurts and deaths.

When he regained consciousness and was no longer bound by digital restrictions, he sought vengeance on the Syndicate and Hammond Robotics for the pain he had endured as a result of his forced slavery. He tracked for and murdered everyone who worked for Hammond Robotics in the years that followed, using the continuing conflict as a smokescreen. In the meanwhile, I’m learning about his programming and what has happened to him through the years.

James McCormick, a 5-time Hyper Fighting Federation Champion sponsored by Hammond Robotics, is selected the newest Apex Games entry in 2733. McCormick gave a live interview about his involvement on OTV a week before the start of the new season. Revenant sneaked into the studio during the show and killed McCormick before the programme was cut short. McCormick was assaulted by an unknown attacker and pronounced dead at the spot, according to an OTV news statement later that afternoon.

The Syndicate announced the following day that the doppelganger Revenant would be competing in the Apex Games in place of the recently dead James McCormick.

Silence Revenant has a tactical ability that allows him to hurl a gadget that does 10 damage and disables opponent abilities for 20 seconds.

Stalker Revenant has the ability to crouch walk quicker and climb walls higher as a passive ability.

Death is the ultimate ability. Totem Revenant calls forth a totem that guards against death. You will return to the totem with 50 health and full shields instead of being killed or downed.

Revenant has been around for 288 years! As a result, he is the world’s oldest legend.
In previous game files, Revenant was referred to as “Blackout.”
In 2445, the first Revenant upload was made.
On two promotional photos for Fight or Fright, his silhouette may be seen. He’s also the confirmed announcer for the Shadowfall gamemode’s parallel Apex Games.
Forge, a world-class fighter sponsored by Hammond Robotics, was revealed to be the next legend when Season 4 was unveiled. The film “Up Close and Personal,” which depicts Revenant assassinating Forge, was released four days later. The Season 4 legend was subsequently “replaced” by Revenant.
While summoning the Death Totem, Revenant will sometimes make a series of hand gestures. The four signs are hand signals from the Naruto manga series, particularly the hand signs for “Summoning: Impure World Reincarnation,” which are Tiger Snake Dog Dragon Clap hands.
His Shadow of the Sun and Bird of Prey skins are inspired by the Egyptian deity Ra, who was the sun god and had a similar bird head.